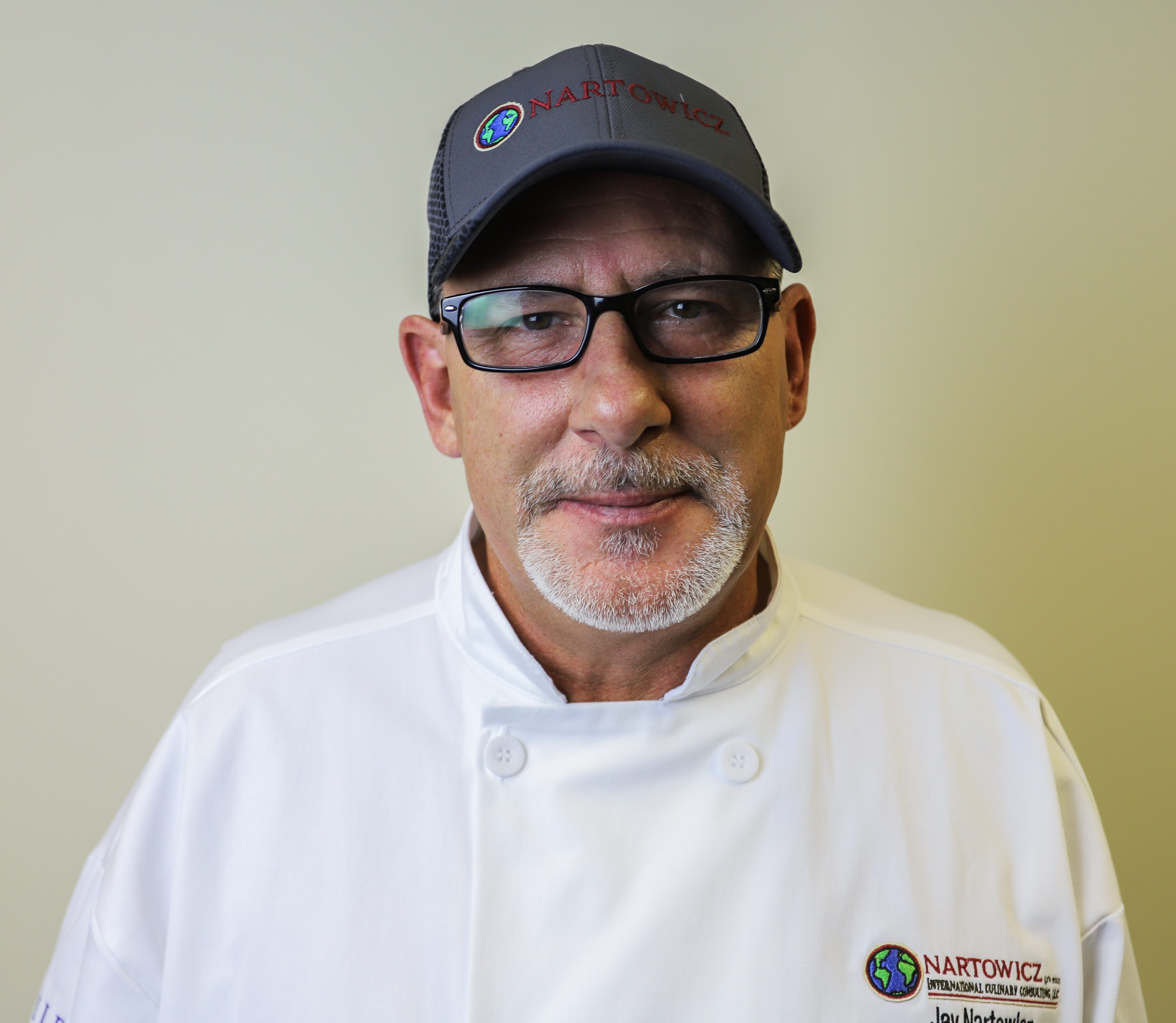 Jay Nartowicz, President and Founder of NICCLLC, started the company in 2002.  Jay’s unique experience, skills, and talents have paved the way for growth of multiple foodservice restaurants, new concepts, retailers, and manufacturers.  Due to Jay’s success, NICCLLC’s new client list and variety of projects continue to grow each year. Jay’s passion to research the industry and keep abreast of new trends helps his clients maintain a competitive edge.

Jay is a graduate of Johnson & Wales University in Providence, Rhode Island.  His culinary career has included senior management positions for some of the largest branded chains and restaurants in the United States and United Kingdom. He is a founding Board Member of the Research Chefs Association and has lectured at the University of Houston and University of Illinois. He has been recognized and awarded throughout his career for leadership, innovation, speed to market, and team building.

Prior to starting NICCLLC, Jay was The Director of Food Innovation and Development for Whitbread, plc, in the United Kingdom. There, he led the restructuring of the company’s several commercial teams into one central area of excellence.  As Department Head, his team included culinary, business development, equipment process, and commercial finance for over 43 brands that totaled over 4,200 units. Before Whitbread, Jay had a similar position in the United Kingdom for Allied Domecq, plc, which originated in the United States with their retail brand.

Jay lives in Orlando and loves spending time with his family.  He is most proud of the personal and professional successes of all his children.  Jay loves to prepare family dinners, travel, golf, dine out, and go to the beach with family and friends.